In 2016 the Parish Council decided to embark on a programme of maintenance with a view to gradually bring the park back to a space that all could enjoy.

A grounds maintenance contractor was brought in to regularly keep the paths clear of brambles and stinging nettles. They also check for any issues which might need addressing such as storm damage or diseased trees. The pond regeneration was always going to be a major project requiring considerable funds and expert guidance. Grant funding was secured by the Parish Council which has made this project possible.

The aim is to make the area more attractive for both residents and wildlife alike. Amphibians and insects which need ponds to survive are in decline because many ponds are disappearing, we hope this project will provide a space for frogs, toads, dragonflies and a host of other creatures to flourish which may, in turn attract a wider diversity of other wildlife. The Parish Council is working closely with experts from the Wildlife Trust and Froglife who specialise in ponds and aquatic wildlife to achieve this ambition.

The pond had become heavily silted up resulting in very little open water being present other than during the winter months. This made it unattractive to amphibians and other insects which require water to breed.

Phase Two took place during the Autumn 2021 when the water was at its lowest level. The pond was dredged to remove much of the silt in order to increase the depth at the centre. The perimeter has now been reshaped and the material removed during the dredging used to create additional habitat.

Phase Three will be to plant up the perimeter with native aquatic plants to stabilise the banks and further improve the area with suitable planting to encourage further biodiversity. A pontoon (dipping platform) will also be installed on the edge of the pond which will serve as an observation deck for those wishing to watch the wildlife we hope will be attracted to the new look pond. Children from Broughton Primary will also be able to use this facility as part of their science curriculum. We also hope to secure some additional funding to allow our aborist to erect owl nest boxes and boxes for smaller birds. This will be done as soon as weather conditions allow but will probably take place in Spring 2022 to give the plants the best chance of success. The funding for this project has for the most part come from a grant from Kettering Borough Council and money from Redrow Homes which was earmarked for the Pocket Park when the Cransley Hill estate was built. 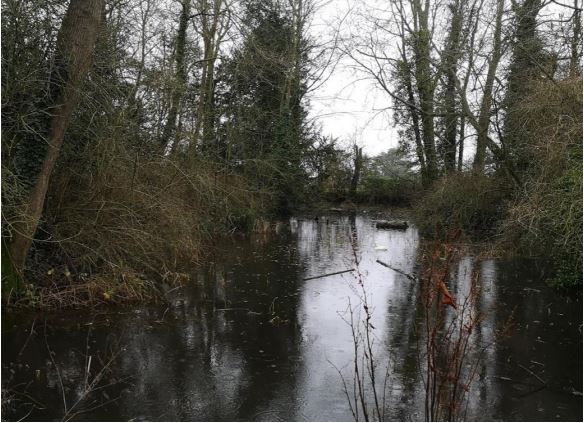 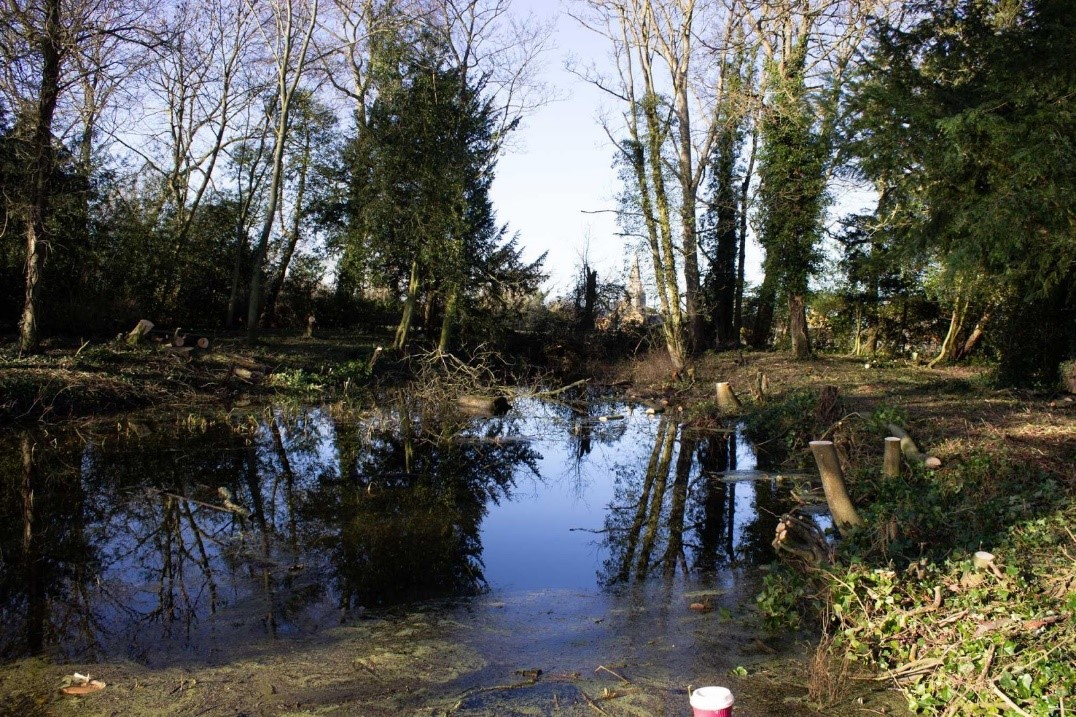